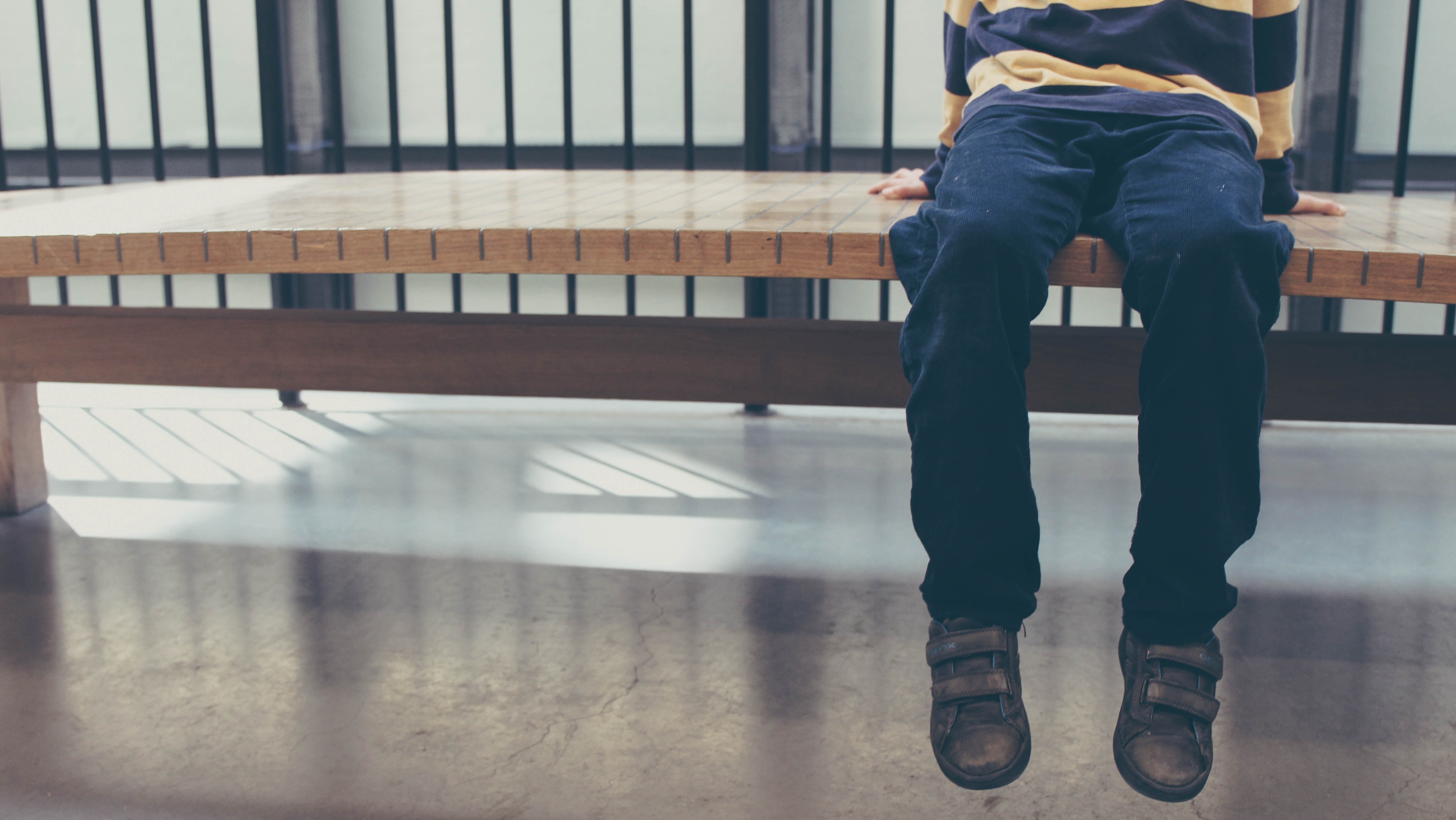 To the leadership of Bethany Christian Services, I make this heartfelt appeal as a fellow-disciple of Jesus who also cares about the wellbeing of needy children. Please reconsider your decision to provide services for gay and lesbian couples wanting to adopt. Please ask yourselves again: Is this decision truly honoring to the Lord in whose name you work? Is it truly in the best interest of the children whose lives you seek to better?

I understand that you have wrestled with this question for many years now and that you did not make your decision lightly. I also understand you claim to be doing this in the name of compassion. As stated by president and CEO Chris Palusky, “We will now offer services with the love and compassion of Jesus to the many types of families who exist in our world today. We’re taking an ‘all hands on deck’ approach where all are welcome.”

But does the love and compassion of Jesus willfully place a child in an environment where he or she will be deprived of either a mother or a father? Does Jesus, in His love, want that child to be raised in an environment that, at best, is still deeply contrary to God’s design and order? And with ample studies indicating that children raised in same-sex homes tend to be much more open to sexual experimentation and gender confusion, are you ready to answer to the Lord for being the ones who placed them in this environment?

We all know that there are many, deeply devoted, caring same-sex couples. But that does not mean for a second that placing a child under their care is the best choice for that child, let alone what God would desire.

The New York Times article covering your decision quotes Guthrie Graves-Fitzsimmons, a fellow with the Faith and Progressive Policy Initiative at the Center for American Progress. He states, “To use a Christian term, this is good news. For too long the public witness of Christianity has been anti-this or anti-that. Today the focus is on serving children in need.”

To the contrary, this does anything but focus on serving children. Can you really say that the best you can do for a needy child is place them in a same-sex household?

It is only “progressive” Christianity that could affirm your new policy, a “Christianity” that flatly rejects the plain testimony of Scripture and the united testimony of the Church for two millennia.

God knows what is best for children and family, and He has plainly established the mother-father setting in the home. Or do you think that all your predecessors who held to these views were religious bigots and homophobes?

In the sight of God, can you really tell me it was anything less than that? Or was the conviction under which you operated for 77 years, never placing children in the homes of gay or lesbian couples, based on spiritual ignorance? Would your founders and historic supporters approve of your new move?

More importantly, has the Lord changed His mind since 2007, when your position statement read, “God’s design for the family is a covenant and lifelong marriage of one man and one woman”?

According to the Times, last year, you “commissioned a survey from the evangelical pollster Barna that found 32 percent of self-identified Christians believed that sexual orientation should not determine who could foster or adopt.”

But what does this have to do with God? Since when does a poll determine morality? Is abortion moral because a significant percentage of Americans believe it to be so? And since when did the viewpoint of “self-identified Christians” have any bearing on the truth of the Word?

Based on other Barna polls, most self-identified Christians today – even those who identify as born-again and/or evangelical – have woefully deficient worldviews and demonstrate tremendous ignorance of the Bible. Specifically, “Although 7 out of 10 Americans consider themselves to be Christian, just 6% actually possess a biblical worldview.”

Why on earth would you even want to know how these Christians feel about same-sex adoption, unless you were making decisions based on worldly pragmatism rather than biblical conviction. In that case, it would be good to change the name of your organization along with any “Christian” references in your vision statement.

Your policy change is not about what Jesus wants. It is about what people will accept.

Back in 2014, World Vision made the disastrous decision to allow same-sex “marriage” among its employees. Thankfully, that important organization had the integrity to repent and change course within 48 hours. Short of that, I doubt that the ministry would be anywhere near as strong as it is today. Will you also show Christian integrity and stand for what is right in God’s sight and what is best for the children?

According to the Times, your “announcement is a significant departure for the 77-year-old organization, which is the largest Protestant adoption and foster agency in the United States. Bethany facilitated 3,406 foster placements and 1,123 adoptions in 2019, and has offices in 32 states.”

That is a remarkable legacy, one for which all of us can be grateful. It is also a sacred entrustment. Will you discard that now by capitulating to the threat of lawsuits of bad press? Why can’t you continue to refer LGBT couples to other organizations, as you have done in the past? Certainly, there is no shortage of children in need, sad to say.

And if it is a matter of not enough heterosexual homes for these children, then by all means, let Christian leaders around the country help make that known. The adoption movement continues to grow in evangelical circles across the nation. Surely, many more will step up when they hear the need.

Board member Susanne Jordan said, “We recognize there are people who will not be happy. We may lose some donors. But the message we’re trying to give is inviting people alongside of us. Serving children should not be controversial.”

With all respect, I urge you not to push the Lord’s blessing away, nor to push His people away, the very ones with whom you have worked for decades. By inviting new people to partner with you, you are driving many faithful, longtime partners away.

Serving children should not be controversial. We all agree on that. But it is controversial to scorn the wisdom of God, to willfully deprive children, who have no choice in the matter, of either a father or mother, and to place them in a household that violates Christian standards, no matter how loving it may be.

I beg of you, in the sight of the Lord to whom we will all give account, to reconsider, repent, and return to your foundations. Both God and history will ultimately honor you if you do. And many, many children will be grateful as well.

Really now posted a comment · Mar 17, 2021
Is Bibletruth1 so naive to suggest that things like 'sexual immorality, lust and denial' DON'T exist within a Christian home?? The ONLY difference is that Christians are masterful, and I mean masterful, at creating the image that they are somehow more pure and holy than the rest. I grew up in a Christian home, and learned to be bigoted, judgemental, and 'better-than'....all characteristics that Bibletruth1 is again making pretty clear by the comment.

Bibletruth1 posted a comment · Mar 12, 2021
Jesus loves everyone but Let's see, place a child in a home of love, forgiveness and truth or a home of sexual immorality, lust and denial. This is a tough one.....

OT posted a comment · Mar 11, 2021
(Really Now) is feeling safe now to say " Sooooo God is a pretty significant baby killer ‘himself’" so what are you saying people"MAN" are not part of the fallen state of the world free from any culpability for their own treatment of the most vulnerable among us! are you so simple you can't entertain the Idea of cause and effect! The truth of the gospel is the only truth that cannot be critiqued and come up with your own flawed conclusion. The word of God you can't turn it into a lie to sooth your ignorance or flawed thinking. God Loves all people, but not their sin! creating a human life and then extinguishing it because it is an inconvenience! flawed thinking ! Really Now ! is a flawed exclamation!

Swkh310 posted a comment · Mar 03, 2021
400,000 children in foster care in the US. If even one of them can be placed in a home with a parent who is loving, attentive, and committed to that child’s well-being, I think God would be delighted.