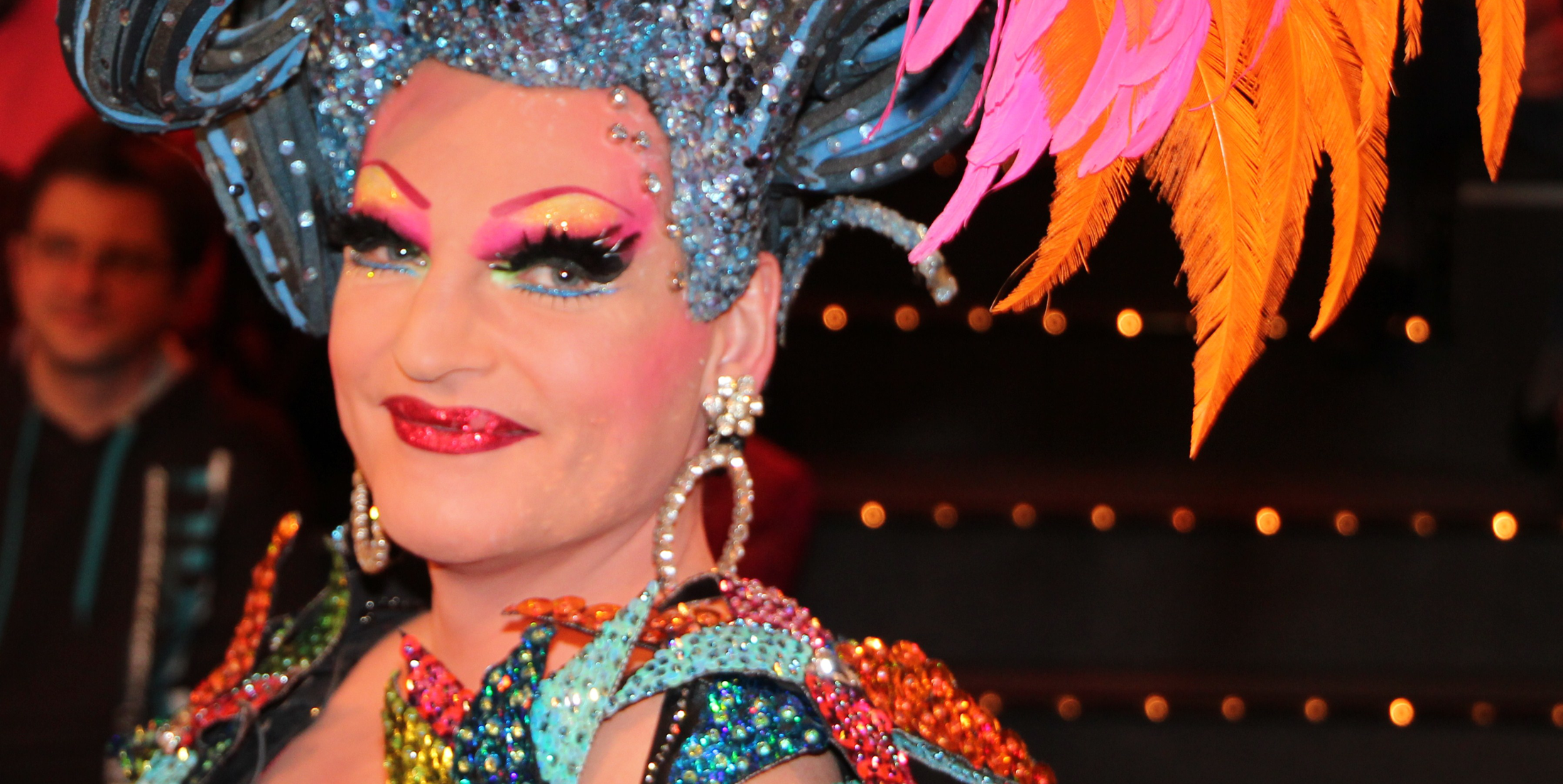 It’s tragic and perverse enough that drag queens reading to toddlers is now a national and international craze. But a new video takes thing even further, as a scantily-clad drag queen dances suggestively in front of a little girl seated in a chair. Even worse, the adults in the room seem delighted with this act of public child abuse. Yet it is this identical scenario that helped motivate me to take a stand back in 2004.

Prior to 2004, gay activism was not a major focus of my ministry. Not in preaching. Or teaching. Or writing.

Check out every one of my books written prior to that year, and you will find a few references to homosexual activism scattered between them. Add all those references up together, and I doubt it would even amount to a full page.

Or listen to the thousands of messages I preached prior to that year, dating all the way to back to 1973. LGB activism (there was very little “T” activism back then) was hardly on my radar.

While I was speaking in England in the spring of that year, some of my ministry colleagues were invited to share the gospel in the midst of a gay pride event in Charlotte, North Carolina. (Our ministry relocated there in the late summer of 2003.)

They were shocked by what they encountered. It was as if the world was turned upside down.

Lesbian cops held hands as they walked through the park, which was located right in the heart of the city. And if you were wearing a Jesus t-shirt or carrying a Bible, you were asked to leave.

Simply sharing the gospel was forbidden. Or carrying a Bible. Or wearing a gospel-based t-shirt.

But there was something even more disturbing.

Our team snapped pictures to document all this while they were there. The images were terribly disturbing. And where were the parents? Did they care?

And then there was the drag queen.

He was dressed in a tutu, and he was dancing before a small crowd of an onlookers. (I can assure you he was not doing ballet.)

And as he shimmied and shook, a small child walked up to him – again, in the presence of a good number of adults – and put a dollar in his panties.

More troubling still, when we raised our voice in protest in the months (and years) that followed, there seemed to be no outcry from the local gay community.

It’s one thing for them to want to be out and proud.

To call for “equality and tolerance.”

While I profoundly differ with them on all these fronts, I fully understand why they would unite together in a gay pride event like this.

When I discussed this with local gay activists (whom I sought to befriend for honest dialogue and understanding), I was basically told this: “Those children were not there on their own. They were there under the oversight of their parent or parents. And we trust the judgment of those parents.”

And when I wrote to Starbucks in 2005, sending them pictures of the 2004 gay pride event and urging them to drop their sponsorship, this is how they responded: “Starbucks is deeply committed to our Mission Statement and Guiding Principles. One of our six principles is “embracing diversity as an essential component to the way we do business.” This includes the gay and lesbian community. Supporting local events like the Gay Pride Festival in Charlotte, NC, gives us the opportunity to live by the values we have set.”

As I noted in A Queer Thing Happened to America, “So, embracing diversity includes embracing perversity – really, how else could you describe a drag queen, wearing a tutu, gyrating his pelvis in the presence of little kids who were putting money in his panties, or having a Hot Nudist Camp booth with open pornography in full view of young children? Sadly, this sort of perversity – and worse – has often been front and center in gay pride events worldwide, especially at the larger events.”

Is it any wonder that the American Library Association now supports drag queens reading to toddlers? Or that this phenomenon is spreading worldwide? (I was in Brisbane, Australia this past weekend. In January, some conservative students disrupted one of these drag queen events in Brisbane, and the media painted them as the culprits. “Protesters from University of Queensland Liberal National Cub . . . yell at performers, leaving children in tears.”)

And what of the aggressive, open, systematic and systemic indoctrinating of our children in our school systems for well over 20 years now? (For disturbing documentation through 2011, see the Queer Thing book.)

And what of the words of Jesus concerning the little ones?

He said, “If anyone causes one of these little ones—those who believe in me—to stumble, it would be better for them to have a large millstone hung around their neck and to be drowned in the depths of the sea” (Matthew 18:6).

I plead with you, for the sake of the children, to stand up and speak and act.

It does not mean hating those who identify as LGBT. God forbid.

It does mean saying, “You will not indoctrinate or abuse our kids!”

BrianX posted a comment · Mar 06, 2020
Well, I posted this article on facebook, its really all I can do. Some people I talk to just dont care at all about this 'Drag Queen Story Hour' 'thing', nope, they consider it 'normal' now. Well, OF COURSE its normal now, when you have Ru Paul's Drag Race show on for many years and the Drag Queen Story Hour also very popular for a number of years and you have Disney+, Hulu, Netflix, Apple, etc, all these companies PRO-debauchery cloaked in non-offensive terminology (accepting, inclusive, diversity, etc) then I guess we reap the whirlwind dont we? I think it was Stalin who said that the way to change things was to get to the youth, the next generation.... We live in troubled times indeed and I pray for Jesus' return soon, very soon. Its really all I can do.

Swkh310 posted a comment · Mar 03, 2020
I'd MUCH rather have a Drag Queen watch my kids than the orange pervert in the Oval Office.