My newest book, The Political Seduction of the Church: How Millions of American Christians Have Confused Politics with the Gospel, has just been released. But what, exactly, do I mean by “political seduction”?

Am I critiquing those who supported Donald Trump, as if they were seduced into voting for him? Not at all. I voted for him myself, both in 2016 and 2020. And my book is about the church more than it is about President Trump (or any other political leader, for that matter).

Then what do I mean by political seduction?

I’m referring to the unhealthy marriage of politics and the gospel. I’m speaking about the church becoming an appendage to a political party. I’m talking about God’s people getting consumed with election fever. I’m referring to believers putting their hope in a political leader in a way that becomes unhealthy and even idolatrous.

That is what I mean by political seduction.

Unfortunately, seduction is very seducing. It comes in subtly, not overtly, through the side window, not the front door. And it looks so good at the outset, so justifiable, so right. It is only over time that it begins to show its fangs. (For a graphic picture of seduction and its consequences, read Proverbs 7.)

That’s why I have a whole chapter in the book titled, “The Subtlety of Seduction.”

That’s also why I devote two chapters to the false prophecies about Trump’s reelection in 2020, titled, “When the Prophets Prophesied Falsely,” and, “The Genesis of False Prophecy.”

That’s why the last chapter of the book is titled, “How We Failed the Test: Retracing Our Steps and Learning the Big Lessons.”

I am convinced that, as the people of God, we can do better. In fact, we must do better. Otherwise, without our light shining brightly, the nation will collapse.

But, to repeat, seduction is very subtle, and in the heat of the moment, it’s easy to understand why so many of us got so caught up in politics to the point of obsession.

After all, didn’t the fate of the nation hang in the balance? Weren’t our very freedoms at stake? Didn’t the radical left want to bring dangerous, existential changes to our country, changes that would affect us for generations to come?

This is the political seduction of the church, and this is what happened to millions of us in recent years.

Here are some telltale signs that we have been politically seduced.

When we’re more concerned with winning elections than winning the lost.

When we wrap the gospel in the American flag.

When we equate our country with the kingdom of God.

When we confuse patriotism with spirituality.

When we compromise our ethics to keep our party (or man or woman) in power.

When our church/denomination/ministry becomes an appendage of a political party.

When we put more trust in earthly methods than in spiritual methods.

When we become as vulgar and rude as the candidates we follow.

When we look to the White House more than to God’s house.

When we make a human being into a political savior.

When our prayers and our prophecies become partisan.

These are all signs that we have been politically seduced, even if only one or two of them apply to us.

With all respect, I suggest that if the shoe fits, we wear it, own it, acknowledge it, learn from it, and move forward without feeling condemned.

We need to take our place on the front lines, putting first things first – and that means the gospel before politics.

If we keep our priorities straight, the nation can be shaken.

Deancooper posted a comment · Sep 09, 2022
Swkh310, you said, "This was a detailed, planned, systematic attack on the US Constitution". Your perspective is interesting. From my perspective it was the Left who always wanted judges who would bend the constitution and read into it what they wanted. It was the Right who wanted originalists who would read it as written (along with the known original intent) as well as possible, regardless of their own personal beliefs. For me, it was always the Left who had the "detailed, planned, systematic attack on the US Constitution". I saw the Right (and yes even Trump) as defending it. 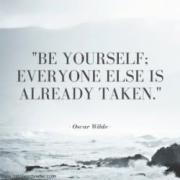 GABixler posted a comment · Sep 08, 2022
Having just found "Dr. Brown," I am responding as a Christian who was baptized at Age 13...who had little to do with politics until I was retired, a semi-invalid, and unable to continue blogging for a period. Thus, my introduction to the republican party was via Trump when I saw the infamous tape of his talking about grabbing...MY...P.... . I was shocked and appalled that this man would even say such a thing... It became worse when I saw that he was leading as the presidential nominee... I was registered as an independent at that time, because I really had no reason to select one party over another...Needless to say, I have, just as Dr. Brown indicated above, become somewhat obsessive ever since then... BUT it was not as discussed herein. Rather it was from an amazed 70+ senior citizen that I saw that evangelical christians were supporting him... I watched as he screamed about women...made fun of the handicapped...incited responses so "worldly" that I could not believe that this man was being supported... And, if I were younger, I would have been one of the millions of women who marched against his presidency! I still cannot understand how anybody could have been molded into a supposed god-chosen leader--when he was cruel, had no sympathy...and moral concerns...AND, had absolutely no experience in leading corporations, without having gone bandrupted...or as I discovered...falsified his income tax returns... The man was a con who even had his charitable agency closed because the funds donated were used for, for instance, buying a portrait of Trump to place in one of his properties... As we know now, the CEO has already been indicted and found guilty... In any event, I did become obsessed...trying to discuss and figure out just why this man could have fooled so many people! Including my family members who told me that if I was a christian, I was a republican! Yeah, I thought...that's crazy...one should have nothing to do with the other... Especially after having gone through in my life time, separation of church and state, and doing enough research and evaluation to understand this need...NOTHING that I saw by this president was worth such devotion... Trump is not and never could have been my president. He didn't talk like a Christian...his vice-president supposedly was, but Trump continued to do such things as hold money back from Ukraine in order for that president to find "dirt" on the opposition. This type of appalling abuse of power and game playing is what I saw throughout... Was I the one Christian that was not hooked into the cult? No, I began to talk, read and write about what I was seeing...and found there are many who also opposed Trump. Consider, my Jewish friends for instance, who, because of his hate incitement, had synagogues invaded by Trump zealots! And, in Virginia when white supremacists marched shouting, Jews Will Not Replace Us... Trump refused to speak against these individuals...claiming they was good on both sides... Frankly I saw nothing about those who hate so much and are blinded by such hate that they think that Jews would even ever WANT to replace us! Such craziness... I grabbed Dr. Brown's latest book, The Political Seduction of the Church and plan to read it through as quickly about it...and then start sharing about what I've read so far... Fair-Weather friends...In my opinion, and, after much talking with God about it, I find that he is not an individual to even be friends with, little on want him as a president. He is a criminal, even with the latest charges of espionage, he defies the law...and don't tell me he follows God's love...When he holds up a Bible, not knowing even how to hold it, or read or speak from it...and when he says that, no, he doesn't pray, but he tries to be good...yes, that's what he said in one interview... and that is good enough for millions of supposed christians to be placing him into a gold head bust to be carried while illegally attacking the Capitol... Geesh...Never try to convince me that God was part of anything that was done by the republican party or Trump followers... I KNOW that is just one of the big lies that have served to corrupt our nation and continues to do so! I thank God I've been finding people like Dr. Brown, who are willing to speak out and discuss exactly what a mess that the republican party has created! I believe in America being a nation of all races, religions, and more...just as the constitution says... That does not support the proposals now being spouted that Christianity should become the national religion... Have we gone backward to the beginning of the nation when people fled countries that had state-mandated religions...only to now even consider forcing that upon America... God is Love. If you believe that God created man...Then you MUST love all... To do differently, in my mind, makes we wonder just why anybody would WANT to be a christian...

Swkh310 posted a comment · Sep 08, 2022
What nonsense! What "sore winner" backtracking. There was no "seduction." This was a detailed, planned, systematic attack on the US Constitution. The power hungry group of so-called "Christians" set out back in the 1970s to hijack our faith and use it as a political weapon. Their first high-water mark was the election of Reagan, then they peaked with the Orange Monster's stacking of the federal judiciary. "Seduction" implies some kind of innocent accident.