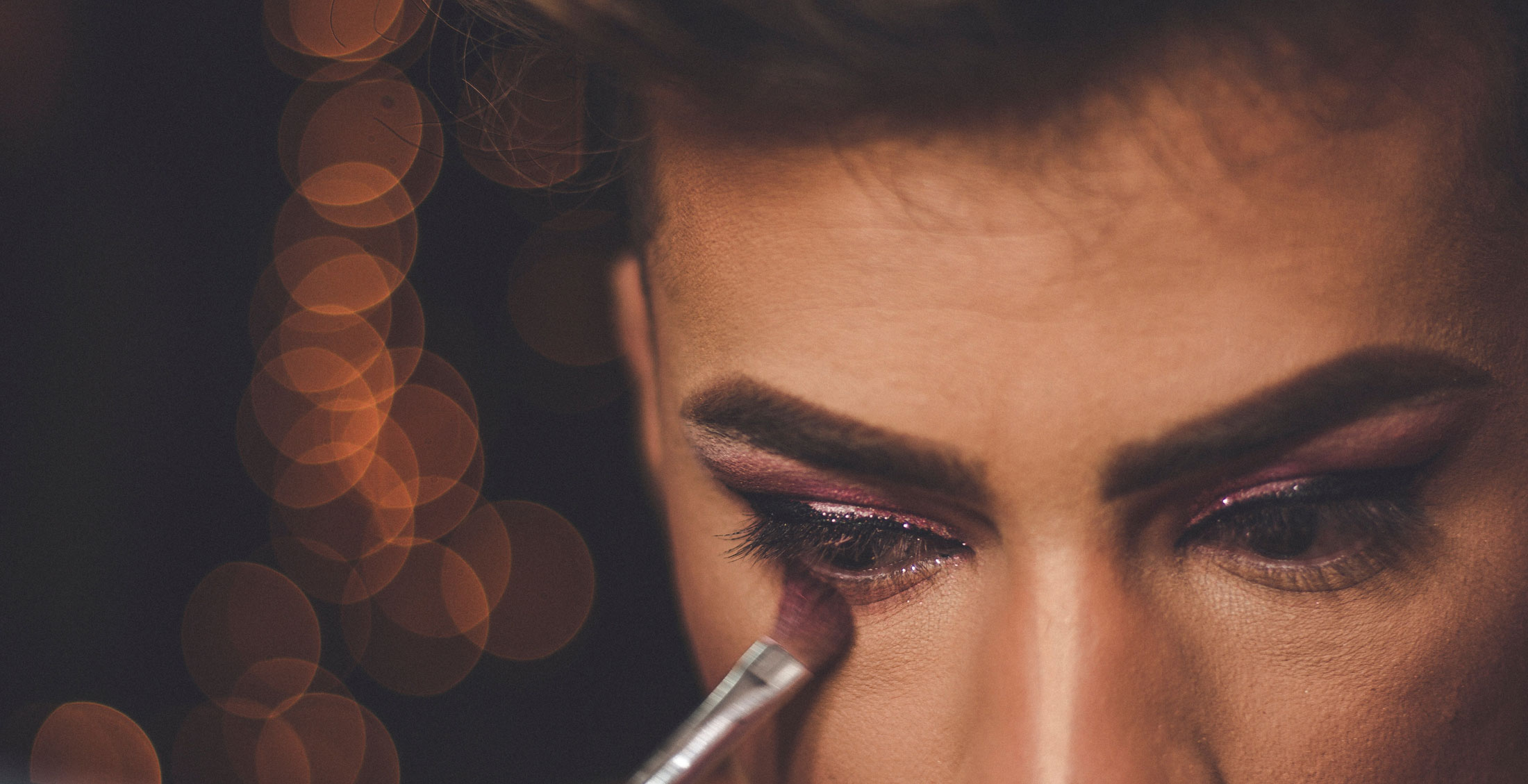 Parents, Your Boys Can Also Be Drag Queens, Just Like RuPaul!

Have you heard of the Who HQ children’s history books? Their website claims to be “the best place to discover all the fascinating stories and amazing facts about trailblazers, legends, places, and events.” And, as featured as a headline on their books, they are, “The #1 New York Times Best-Selling Series” in children’s history books. It looks like this series has carved out quite a niche for itself.

The books ask (and answer) the following questions: Who was? What was? Where is? What is the story of?

Among their most popular books are: Who Was Neil Armstrong? Where Is the Taj Mahal? Where Is Our Solar System? Who Is Michelle Obama? And, What Was the Great Depression?

Each book is attractively laid out, with big print and illustrations on every page, giving this series great appeal for children.

In these books (in particular, the Who Was? and the Who Is? series), your kids can learn about George Washington and Abraham Lincoln and Albert Einstein and Ruth Bader Ginsburg . . . and RuPaul!

That’s right, one of the latest trailblazers featured in this popular series is Drag Queen RuPaul. Maybe your boys can follow his example one day!

It was actually an Orthodox Jewish rabbi who works on college campuses who let me know about this book (and the book series), sharing his shock with me that such material could be found in his local library. Is this what you want your kids to be reading?

Unfortunately, books like this (and much worse) have been found in our local and school libraries for many years now, with some of them rightly classified as pornographic.

That, of course, is not the case with the RuPaul book. But it is appalling that a Drag Queen is being celebrated as an example for your children. Isn’t this further proof that our culture has lost its mind?

As for RuPaul the human being, I have the same concern for him that I have for every other human being, be they gay or straight, drag or other. I want them to know the Lord and receive His forgiveness, and I will treat each person I meet with kindness and civility.

And for all I know, in many ways, RuPaul could be a very caring and decent person (or not).

But to celebrate him as a historic figure in a children’s history series is moral insanity, especially when he is being set forth as an example to emulate. You too, can be like Ru, boys!

The book begins by lauding September 18, 2016, marking the first time a drag queen had won an Emmy. Kids, this is big, special news!

But for Ru, “Everybody within the sound of my voice is in drag, right now, whether [they] know it or not.”

That’s right. The moment you put on clothes of any kind, you are in drag.

So, what’s the big deal about a man dressing up in exaggerated form as a woman? And if the great majority of men who do this are gay, so what? All of us are drag queens or drag kings! Yes, this is what your kids need to know.

Is it possible that some of Ru’s self-identification comes from the fact that his parents divorced when he was 7, leaving his mother so upset that, for a time, his older sisters raised him? Don’t expect an answer to that question in this book.

Be assured, however, that this book is quite practical, featuring a section called, “Tools of the Trade.” Here, your children will learn that, “A drag queen’s character is typically an exaggerated, campy image of how women look. To create this illusion, drag queens have some tricks up their sleeves.” These “tricks” include: makeup; hair (wigs); corsets; and padding (“Gives a drag queen wider hips.”) So good to know this!

And for the young history buffs, this book offers “A Brief History of Drag,” where these interested kids will learn that, “Dressing in the traditional clothing of the opposite sex – called cross-dressing – has existed throughout history.” Yes, from ancient civilizations (like the Egyptians and the Aztecs) to the times of William Shakespeare, and from the first Miss Gay America pageant in 1972 to RuPaul today, drag has always been with us.

These kids will also learn about that time in the past “When Drag Was a Crime.” But fear not, young people. After the Stonewall Riots in New York City in 1969, “What followed was a nationwide movement for queer rights that continues to this day.” (Somehow, a few pages later, all this is tied with the March on Washington in 1963 and Dr. King’s famous, “I have a dream” speech.)

Finally, to make this little, 100+ page book even more down to earth, we are given two pages of “Drag Slang,” including words like: hunty or henny; yas and work; sickening (speaking of something so good it makes you sick); slay; reading; What’s the T (or tea)? (with T standing for “truth”; “to spill tea is to speak the truth”); and kiki (“to gossip, to spill tea”). This too, is good to know, not to mention very helpful.

And there you have it, all for your children to read and emulate, especially your boys. They can dress up like girls too, and maybe one day they’ll be famous, just like RuPaul!

Again, Ru may be a very talented, kind-hearted (and lost) soul. The same can be said about other drag queens (and kings), while still others are deeply perverted to the point of being child molesters.

But the society that celebrates drag queens, to the point of exalting RuPaul and sanctioning drag queens reading to toddlers, is a society that has lost its way and is on the verge of collapse.

That’s why I have been shouting this from the rooftops for almost 20 years now. It is long past wake-up time.

nathanz posted a comment · Mar 30, 2022
I read a great piece from Eagle Forum Education & Legal Defense Fund (Phyllis Schlafly Eagles) called, "Yes, There’s a War on Boys." From which I quote: "The scholar Christina Hoff Sommers has written extensively on the barriers that boys face in school and college. She points out that a powerful network of feminists is working to promote training for girls to enter boys fields, and they have co-opted large sums of our tax dollars to spend lavishly to guide girls into fields dominated by boys. Here is one of Christina Hoff Sommers’ helpful pieces of advice: “Instead of spending millions of dollars attempting to transform aspiring cosmetologists into welders, education officials should concentrate on helping young people, male and female, to enter careers that interest them.” Right now, boys are the under-served population requiring attention. When you reflect on how boys are treated in public schools, it’s no wonder that they dislike school and have less interest in attending college. In many colleges, boys are now only about 40% of the student population."

OT posted a comment · Mar 18, 2022
No such thing as bad news when it comes to what God is doing in-spite of what Skwh310 say here or anywhere Salvation Honor Glory is yours oh God!

Swkh310 posted a comment · Mar 18, 2022
When it comes to the gays, here is some bad news for Evangelicals/Born Agains, but great news for the rest of us "Normal" Christians. https://religionnews.com/2022/03/17/americans-support-for-lgbtq-rights-higher-than-ever-even-as-white-evangelicals-lag/

Swkh310 posted a comment · Mar 16, 2022
Yawn.... drag dates back to the ancient Greek and Roman empires, was standard fare in Shakespeare's plays, and is common in Mozart's operas. And the #1 rated TV show in the ultra-conservative 1950s was "The Texaco Star Theater," whose star, Milton Berle, appeared in drag in almost every episode. If Dr. Brown was right, drag queens would have turned the entire world gay centuries ago.