Some Candid Questions for Evangelical Supporters of President Trump

Do you remember when candidate Trump said that he could stand on Fifth Avenue in New York City and shoot someone and he wouldn’t lose any voters? It was quite a statement, but there was some truth to it. Trump’s loyal supporters are doggedly loyal. The question is: Are his evangelical supporters just as loyal? The deeper question is: Should they be?

For the record, while I strongly opposed candidate Trump during the Republican primaries, I did vote for him over Hillary Clinton. And I’m glad I did. If the elections were held tomorrow and it was Trump vs. Hillary, he would have my vote without question.

But he does not have my undivided loyalty. Why should he? As I wrote previously, President Trump didn’t die for my sins and he is not my Savior and Redeemer.

Of course, every evangelical Christian could echo those words. (We do not worship Lord Trump.) Yet sometimes I wonder: What would it take for some of us to differ publicly with the president? What would it take for us to say, “He’s my president and I deeply appreciate the many good things he has done. But I wish he didn’t say (or do) this.”

So, to repeat my question: What would it take for some of us to differ publicly with the president?

Cal Thomas recently offered some unsolicited counsel to President Trump, suggesting that rather than attacking LeBron James via Twitter, he should have invited him to the White House.

It’s true that James has been openly critical of the president. And it’s true he made negative comments about him on CNN, speaking with Don Lemon, no less.

But what he said this time was hardly outlandish. (His exact words were: “He’s dividing us. And what I’ve noticed over the past few months [is] he’s kind of used sport to kind of divide us, and that’s something that I can’t relate to, because I know that sport was the first time I ever was around someone white, and I got an opportunity to see them and learn about them, and they got an opportunity to learn about me, and we became very good friends.”.)

And part of the CNN interview focused on James’s education initiative is to help at-risk kids.

What a great opportunity for Trump to say, “Let’s unite to help these kids. Let’s put aside our differences for the sake of young Americans.”

Instead, our president ignited a fresh firestorm, mocking both James and Lemon. (His exact words were: “Lebron James was just interviewed by the dumbest man on television, Don Lemon. He made Lebron look smart, which isn’t easy to do. I like Mike!”)

I really wish he hadn’t done that. Yet I’m sure some of you reading this (I’m referring specifically to evangelical Christian readers) were glad he did: “I’m glad he put that basketball player in his place! Who does James think he is, speaking against the President of the United States?”

To my surprise, I’ve heard evangelical leaders defend Trump’s harsh tweets, saying things like, “Well, he’s the president, not a Christian leader.” Or, “It’s about time someone put politics aside and spoke his mind.”

Does the nasty rhetoric not bother us at all? Do the insults never offend us? Do we never think to ourselves, “He could even more done if he didn’t constantly alienate people?”

And this leads to another question: Have we ourselves become caustic? In our reaction against the savage, unrelenting, often unfair attacks from the left, have we decided to defend the president no matter what, even if it means compromising our values? Has the “this is war” mentality hardened us rather than honed us?

A colleague of mine forwarded to me an article by Pete Enns titled, “Is it OK for Christians to protest against their political leaders?”

His answer: “It is the Christian’s duty in civic affairs to hold powers to account when they see injustice done.”

He adds, “In my opinion, nowhere do Christians have a more visible and obvious responsibility to be salt and light, to embody the will of God, than when other humans are disenfranchised, treated unjustly, or unfairly—which is to say, treated less than fully human.”

He even writes that, “Christians should never say to someone like that, ‘If you don’t like it, move to Denmark,’ or ‘He’s your president and you owe him your allegiance.’”

Perhaps his article will step on some toes. Perhaps some will feel he made a good point but took it to far.

At the least, though, as evangelical followers of Jesus who support Trump, we should ask ourselves some honest questions. First and foremost would be this: Has my allegiance to Donald Trump in any way compromised my allegiance to Jesus?

That’s the biggest question of all. 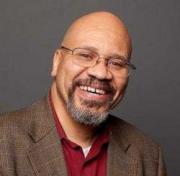 fullerming posted a comment · Sep 12, 2018
I dispise how many who claimed the name of Christ actually tie their faith so strongly to American politics. Was President Obama, Clinton, Carter, Johnson or Kennedy... were any of these men absolute demons or Devils because they belong to the Democratic party? Of course not. Are political positions of the democratic party that satanic? No! It seems that only Billy Graham was able to pull off showing respect and honor to any president regardless of his party. With that said, President Trump, our president is an overtly immoral human being. None of that is confusing. None of that is lost on any of us. Would voting for Hillary Clinton have been that bad? This whole thing has missed the cross of Jesus Christ, which I thought was the point of our faith, and the fact that this world is not our home! Why do we focus on such things, when we should be focusing on other things? I am not in any way shape or form advocating ignoring this world. We live in this world, and we must engage it in ways that reflect the truth of who we are and what we're trying to do while in this world. And I do believe this includes civic engagement. However painful, ridiculous conversations around right-wing and left-wing political ideologies is terrible, demonizing people win in all truth we're all falling. I think we pay lip service to that idea, when we demonize those who support abortion or gay marriage or other things that are also unbiblical and ungodly. We quote Romans saying all that sin, but we really don't mean it. if we truly understood what Grace gives us, I think we would not be focusing on the things that we focus on.

Lordsbaby2018 posted a comment · Aug 26, 2018
Firstly, we are not to judge anyone that is Gods business and His job. President Trump asked forgivness of his sins just because hes bold minded and open minded does not mean he's less of a person than you or me. President Trump is NOT BEING CALLED A LORD. Yes he tweets harsh things sometimes well so dont many people and christians but that doesnt say noone is less of a christian. Millions of people prayed for that man to become President for a reason.. to bring back American standards under God. If clinton got in do you honestly think for one minute you and I would have the freedoms we have now ? God places the least perfect people to do His will to work out His plans. Not for one minute are any of us perfect and we all fall short of Gods glory. God has his back and all those who trust in Him and believe He sent His Son Jesus to save us all. The only one to be praised and honored is God His Son for all goodness and freedoms we have. We must pray for all leaders and hold them up to the throne. Pres. Trump is doing a fine job and if obama can have his blueberry then Trump should be able to tweet. I just wish and pray he would tweet some nicer things but God put him in..and Trump is right about fake news.. thats why Fox is watched here. You can tell what news outlet is good n bad if you just watch the differences. God is Good all the time. Be thankful God placed Trump in. And i do think Jesus is coming back soon all evil is being exposed... pray for Trump dont bash hin or judge hin. Because you will be judged just the same. God Bless!!

lpratt posted a comment · Aug 22, 2018
I am responding to this question as someone who takes praying for those in authority seriously. My first example in honoring leadership comes from King David and his relationship to Saul. He would not touch the Lord's anointed and neither should we. 1 Peter 2:17 says "Honor all people. Love the brotherhood. Fear God. Honor the king. I don't agree with everything the president says or does--to the contrary. But I also know that criticizing those in authority under the guise of sharing "my opinion" negates my prayers. Faith works by love. So, no Dr. Brown. A lot of us evangelicals don't agree with everything our president does. We believe in praying and standing in faith that what he will do will glorify God. 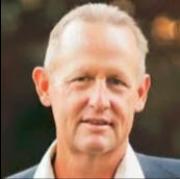 Larry_Wolfe posted a comment · Aug 17, 2018
Choosing the lesser of two evils is still evil. Shall we think we can align with evil and that good will come of it?

CapitalGGeek posted a comment · Aug 17, 2018
I take your point that some 'christians' have replaced Jesus with President Trump. That said, God put President Trump in the WhiteHouse and He uses seriously flawed people for His purposes. If God uses a President as abrasive as this to prevent Churches from being forced to perform 'marriage' ceremonies for sodomites or providing insurance that kills unborn babies, then good. I'm sure I don't need to remind you of the seriously flawed leaders that God placed over Israel. The Church in America (even as nominal as most are) is under attack, and has been for my entire life. While I may not 'like' the president as a person or approve of his life, he seems to be protecting Christianity and has my support for that. He also has my prayers for his salvation & growth in God. If he were an acquaintance of mine, I may be obligated to comment on those aspects. He is not, so I don't. And if I were to, it would be less than Christian to discuss it with the public without going to him personally first. The vast majority of the 'problems' with the President's less than perfect life are brought up by people who are disingenuous and only trying to stir up trouble. These are the same people that say killing babies is good for the environment at the same time they say we need to import unskilled workers to prop up SocialSecurity. Their goal is to 'trap' you into opposing the President by saying that you can't be a 'good' Christian while supporting someone who does <outrage of the day>. Don't fall for it. Don't feed the trolls.