We are in real danger of doing deep, lasting damage to the very fabric of our nation by making everything into an issue of race. In fact, the more we blame every problem on race, the deeper our race problems will get. We will see things that are not there. We will misdiagnose the symptoms. We will overcompensate. We will make things worse.

In the end, we will deepen the divides that do exist and create new divides where they do not exist. And rather than foster reconciliation, healing, unity, and progress, we will produce bitterness, resentment, anger, and condemnation. We will go backwards rather than forwards, all in the name of justice and equality.

Yet every day, from our children’s schools to the popular culture, a false and dangerous narrative is being pushed. We either confront it, or we implode.

Mary Margaret Olohan stated concisely that, “CRT holds that America is fundamentally racist, yet it teaches people to view every social interaction and person in terms of race.”

If someone is rude to you, it’s because of race.

If you get fired and another person gets hired, it’s because of race.

If you get sick and your neighbor doesn’t, it’s because of race.

If you get a poor grade in school, it’s because of race.

That’s because everything is about race and America is fundamentally racist.

If you are white you are guilty by default; if you are a person of color (especially black) you are a victim.

Consequently, since many things have nothing to do with race, yet we are told that everything has to do with race, we end up ignoring the real issues that are race related. And so, rather than focusing on valid concerns (which do exist), we create new (and non-existent) areas of concern. We regress rather than progress.

When we claim that math is racist and grammar is racist and reading classical literature is racist, we actually create racial tension, as many push back against this crazy social engineering.

When we pull the race card unless there is equality of outcome, we exacerbate the victim mentality.

And when we put a constant emphasis on the color of people’s skin, that becomes the main thing we think about. Ironically, this leads to the exact opposite of Dr. King’s dream that his four little children would one day “live in a nation where they will not be judged by the color of their skin but by the content of their character.”

Today, we’re doing the exact opposite, putting the greater emphasis on the color of one’s skin, as if skin color were more determinative of a person’s character and potential than what is inside of them.

And when we constantly make everything into a matter of race, then race becomes the first – and primary – thing we see.

Right now, I’m in Tupelo, Mississippi speaking at a marriage and family conference hosted by the American Family Association. And the conference has a great ethnic mix, with people of different colors joining together around common spiritual interests.

We are focused on Jesus, on the Scriptures, on God’s plan for marriage, on holy sexuality, on raising godly kids in a godless culture. And there is a great feeling of unity in the air.

In an environment like this, we could have candid discussions about race relationships in America. We could share different perspectives on what we see as the most important priorities for healing our nation. We could give each other license to speak candidly, eager to see if we had blind spots.

That’s because we would be starting from a position of unity, of love, of oneness in the Lord.

But if race had been the focus, with the presupposition that America is fundamentally racist, there would be suspicion. And mistrust. And anger. And resentment. And finger-pointing. And self-loathing.

Rather than viewing each other as part of the same family, we could divide over race and ethnicity. Division, not unity, would be our starting point.

I recently hosted sports commentator Chris Broussard on my radio show, but not to talk sports (although he indulged me by answering a few sports questions at the outset, just for fun). Instead, I asked him to join me on the air as a Christian leader with an important Christian men’s ministry.

Specifically, I asked him to present his ideas on a biblical case for reparations, not as a penalty but in pursuit of righteousness.

To be sure, there are few subjects more controversial than this. And I said plainly at the start of our conversation that, in the past, I associated reparations with the radical left rather than with the Bible.

Yet we could have this discussion openly and honestly because of our unity in Jesus and because of our mutual respect for one another in the Lord. That was our starting point.

In the same way, it is only by recognizing that America today is not fundamentally racist and that most Americans want to see an equal playing field for others that we can make progress where we need to.

It is by starting here, with the understanding that I care about people who are different than me, that we can have the difficult conversations we need to have and address the real issues of concern.

Otherwise, we will end up chasing phantoms and demonizing good people. And by making everything into a matter of race, will end up creating a much worse, much more dangerous racism.

America, what will it be? We will unify and make progress together? Or will we deepen the divide?

OT posted a comment · Aug 22, 2021
No it’s a black women who is saying there is no racism in America according to Candace Owens, of the daily wire.

bc9765 posted a comment · Jul 04, 2021
Dr. Brown, I am afraid that your fears concerning American society have blinded you to certain things. Is it true or false that some things affect certain minority communities in a greater way ? Do you know about how concentration of numbers of abortion facilities in minority communities compared to others ? Certainly that has to do with the historic wealth that are found in those communities... Have you looked at the percentages pertaining to marriage with regards to African American women compared to women of other races ? Certainly it has to do with the fact that African American women are unattractive and less marriageable compared to other women. Look up the words of Margaret Sanger, the founder of Planned Parenthood, and see what she had to say about black people !!! This institution is alive and kicking today !!! Race may not matter, well meaning people may not want it to matter. But it has CERTAINLY shaped the fabric of American society. You can't erase history !!! 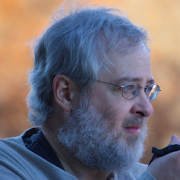 Deancooper posted a comment · Jul 03, 2021
I agree with what you wrote Dr. Brown but you seem to be missing the huge elephant in the room. The division happening in our country has been created on purpose, by Marxists who need there to be oppressed and oppressor classes. This is how they foment revolution to totally change America. Of course they imagine they will be creating a utopia, but history shows otherwise. We are in a real battle for the soul and future of our country and if the Marxists win, I have no doubt that lots of people will die, and the remainder will be stuck in a place that becomes like Venezuela is now. Some utopia. 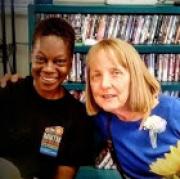 MsRhuby posted a comment · Jul 02, 2021
I remember a scene in a movie about Malcolm X. Another man had Malcolm read a dictionary and see how much racism there is. Malcolm X - Dictionary scene - TheOncomingStorm

OT posted a comment · Jun 26, 2021
Swkh310 You are either very intelligent or a complete d _ _ _ ! Either way your reason for doing here what you do is all yours! Every word all yours! Everyone see’s but you! Lord bless Swkh310 Lord Show Swkh310 mercy! Open the eyes of our hearts Lord!

OT posted a comment · Jun 26, 2021
Skhw310 - If you say something that is intended to make people angry with each other, your words are divisive.

OT posted a comment · Jun 26, 2021
The shallow content of your observations and how you mis-comment on pretty much every article ! Absolutely bombastic and benefits no one but you! Divisive de·ri·sive /dəˈrīsiv/ adjective expressing contempt or ridicule. skwh310