On Saturday, April 2, in the aftermath of the Palestinian protests in Gaza, Geraldo Rivera called Gaza “the world’s largest concentration camp.” In response, I posted a three-minute video, expressing my differences with Geraldo and placing the blame where it belongs: at the foot of Hamas. YouTube was not happy with my commentary, deeming it “Not suitable for all advertisers.”

On what possible basis? What community guidelines did I violate? Where did I engage in hateful or harmful speech?

Geraldo had stated that, “Gaza is the world’s largest concentration camp and recognize that this violence is something that could happen every day in Gaza. There are almost 2 million Palestinians stuffed in an area 25 miles long by five miles wide and the Israelis control the border, the electricity, jobs, I mean it really is a melancholy place.”

He also said, “If you can ignore the West Bank and Gaza for days and days and months and even years, then suddenly something like this happens, and people remember ‘Oh, yes, this is occupied territory.’”

In my response, I first cited the number of Palestinians who had been killed and injured during the protests, and I started here because I also grieve over their loss of life.

I stated emphatically that I hated to see them suffering and that I did not sanction everything Israel did. (YouTube: Please tell me. Where’s the hate? Where’s the ugly bias?)

That being said, I took issue with Geraldo’s characterization of Gaza as “the world’s largest concentration camp,” pointing out that these Palestinians were not being worked to death or herded into gas chambers to be killed.

And I explained that it was much better for the Palestinians when there was Israel rule over them (1967-2005). They had more liberty and a better quality of life.

Not only so, but Egypt, along with Palestinian leaders, did little or nothing to help the Gazan Palestinians when they controlled the Gaza Strip from 1949-1967. As a UN observer stated in 1955, “For all practical purposes it would be true to say that for the last six years in Gaza over 300,000 poverty stricken people have been physically confined to an area the size of a large city park” (see here, with n. 6; I did not mention this in my video commentary).

As for Geraldo’s claim that, “There are almost 2 million Palestinians stuffed in an area 25 miles long by five miles wide,” I pointed out that it’s not that Israel took people and squeezed them in there. Their very high birthrate is a factor in this as well. (Another factor is that many of thousands of Palestinians took refuge there after 1948.)

But why, you ask, are these Palestinians living under such restrictions? Why are they blockaded and largely cut off from the outside world?

It’s because they elected Hamas, a recognized terrorist group, to govern them, a terrorist group that is still committed to the destruction of Israel. (In the video commentary, I showed a picture from the protests of two Palestinian flags sandwiching a Nazi swastika.)

And let’s not forget that Israel’s withdrawal from Gaza in 2005 was traumatic for the nation. About 8,000 settlers who had been living there for years with houses and farms and synagogues and schools were forcibly removed from their properties by Israeli soldiers. The images of Jews tearing other Jews from their homes stirred up great pain for the people of Israel.

What did the Palestinians do with their right to self-determination? They elected Hamas, and that’s why they have come under such restrictions. (For a sympathetic perspective on the election of Hamas, explaining why the Palestinians voted for them, see here.)

I also pointed out that Hamas spends millions of dollars of international aid money on terror tunnels and weapons. Could you imagine how much better things would be for these Gazan Palestinians if Hamas put the money into building better schools and hospitals and apartment buildings? Into improving the infrastructure? Into education and job development?

I concluded by saying this: “Geraldo Rivera, yes, I share pain with you in saying it’s terrible to see how the Palestinians are living there. But let’s put the blame where it belongs: at the foot of Hamas. That is the problem.”

Check out the video for yourself. Again, it’s just three-minutes long, including the clips from Geraldo. (In case you’re wondering, there was no claim of copyright infringement.) Then look at YouTube’s community guidelines and tell me which guideline I violated. (I can save you the time: There were none.)

To be fair, YouTube has surprised me by remonetizing some of our videos, like our one-hour exposé of California’s extreme “You Must Stay Gay Bill.” (By “remonetizing” I mean that initially, they flagged the video as Not Suitable for All Advertisers, then, after manual review, they reversed their decision.)

Unfortunately, YouTube is lacking any kind of consistent, fair, even-handed approach, and this time, they got things terribly wrong. Shame on YouTube for siding with Hamas. 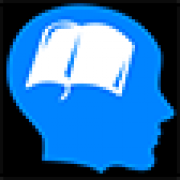 Mike Winger posted a comment · Jul 03, 2018
I think that Dr. Brown (who I love) has misunderstood what's happening here. I am also a YouTuber and while initially I was bothered by having videos get "limited or no ads" I looked into it and I understand why it's happening. Here are a few reasons why I don't think it is accurate or wise to make YouTube the bad guy in this. 1- YouTube makes their money off of ads (they take 30% of the ad revenue and you keep %70) 2- YT wants to make more money, not less. 3- In the past year many advertisers pulled out of YT because their ads were being shown on videos that made their company look bad or made it appear as if their company was taking sides on issues that could cost them customers. 4- YT needed a solution to this advertiser exodus so they allowed advertisers to specify the kinds of videos they did NOT want their ads to play on. 5- This means that the "limited or no ads" is not YT punishing you. It is just that the content of the video is crossing on to topics where advertisers have said "I don't want to be on that video". 6- YT is currently racing to improve the artificial intelligence that determines who get's restricted ads and to improve the appeals process. 7- It seems to me that it would be wrong to tell advertisers they can't pull ads from controversial content. Even though this means about 1/3 of my own videos have limited or no ads, I understand this is advertisers cold feet and not YT punishing me. 8- If YT wanted to punish you they could just delete your channel. Or make it so none of your videos got more than 100 views. 9- While YT has a clear bias toward some unchristian things they remain a very free platform and allow for us to continue using their platform, without restriction most often, even when we are sharing things that are in total disagreement with their moral views (such as the YT sponsored promotion of the gay agenda this month) 10- If we want to continue to have this freedom it seems wise to me that we say "thank you" and laud YT publicly for being such a free platform. 11- Last thought, even if you have limited ads you may still make just as much income depending on whether they can partner your video with a willing advertiser. They also still give you full revenue share through YT premium viewers. So, they aren't punishing, they are just allowing advertisers to specify what topics they don't want to be associated with. I hope this helps. I am super grateful to YT for allowing the freedoms they have and hope and pray it continues. Mike 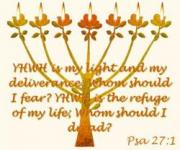 Ruth posted a comment · Apr 13, 2018
I'm not that surprised. I sometimes listen to Democracy Now! with Amy Goodman on public radio. She always lets everyone know about any Palestinians being killed (which, of course, is sad - and unhappy news for sure) but I've yet to hear about the Israelis who were killed - it's very one-sided. And the problem is that if one doesn't know any better, one would just assume they are victimized by Israel. I guess that's the point she and others from the Far Left want others to draw.

NewEra274 posted a comment · Apr 13, 2018
Youtube is part of Google, which is still - at the very least - tied in deeply with the government. Bad actors in our government want to filter the news and opinions out there, so limiting free speech on Youtube is part of the effort to propagandize the public. It's the same with Twitter and Facebook (FB was heavily invested in Hillary winning in '16, are you surprised?).

SteveF posted a comment · Apr 13, 2018
Once again there is an irrational bias against moral truth. How many innocent families have been victimized by the scourge of terrorism by those who come from Gaza but this is not addressed but overlooked again and again. I guess the phrase should be if you see something say nothing. You tube, you have persecuted righteousness.